Is It Possible to Determine Fault Based on a Vehicle’s Damage After an Accident?

Posted by admin on Sunday, June 30th, 2019 in Car Accidents
no Comment. 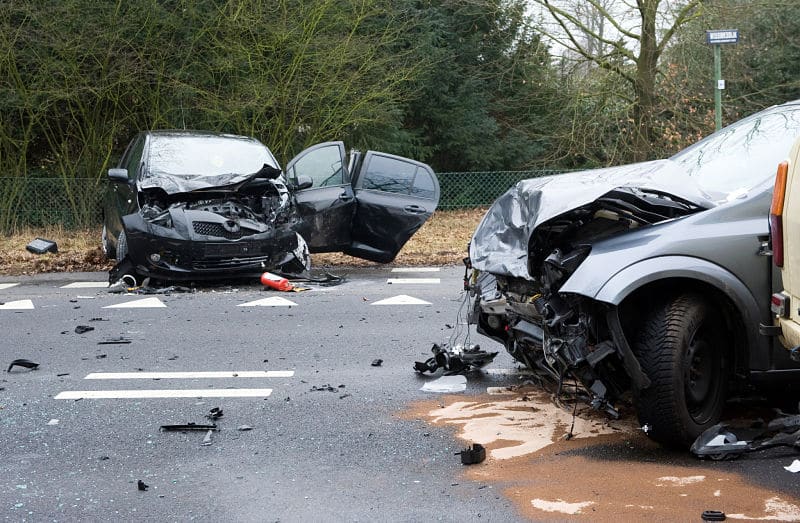 Determining fault after a car accident is extremely important. The negligent party is the one at fault, and once fault has been established, the victim can receive payment for damages. If you’ve been in an accident, you likely wonder if you can prove fault based on the damage to the vehicles. This does work in some cases, although establishing fault isn’t always that easy. Learn more about deterring fault in an auto accident.

Law enforcement and insurance companies often begin by looking at the damage on the vehicles when establishing fault. There are some instances when the damage provides a clear indication of which person was negligent and caused the accident.

Damage to the Passenger Side

Back and Front-end Damage

Investigators often work scenes where one vehicle has back-end damage and the other vehicle has front-end damage. This indicates a rear-end collision. In almost all instances, the driver with the front-end damage is at fault. The driver hit the person from behind, so he or she likely was not following at a safe distance.

However, what if the damage is to the front corner of one vehicle and the back corner of another? This could indicate that the driver with back-end damage pulled out in front of the other driver. The other driver swerved to avoid the accident and made contact with the other vehicle. In this instance, the vehicle with the back-end damage would likely be deemed to be at fault. Law enforcement would need to look at other factors as well to establish fault, though.

Damage Isn’t the Only Factor

The damage to the vehicles provides information about what happened during an accident, but often, it is just a single piece of the puzzle. Investigators also look at the angle of the steering wheels and headlights, examine the anti-lock braking systems, and more to determine fault. They even consider the injuries sustained since this provides a clearer picture of what occurred during the wreck.

Investigators also interview witnesses if any are available. Witnesses can fill in the blanks help investigators understand what occurred before and during the accident. This makes it much easier to establish fault.

What If Fault Cannot Be Easily Determined?

When they are finished, they will explain what happened during the accident. Then, they can establish fault.

Is One Driver Always Completely at Fault?

In some case, both drivers share a degree of responsibility for an accident. This is referred to as comparative negligence. After an investigation, each driver is given a share of the blame if both were negligent. The blame is usually not split in half. One driver might be 70 percent responsible while the other is 30 percent responsible. That is just one example. The blame can be split however the investigators see fit based on the evidence.

For example, assume that you are sitting at a stop sign, getting ready to turn left. You will be turning onto a road that does not have a stop sign. It’s a very busy road, so you patiently wait for your turn.

You finally make your turn, only to get hit by someone who is going 30 miles over the speed limit. Because the other driver is going so fast, he or she cannot slow down and avoid the accident.

In this case, you will likely have to take some of the blame. Even though the other driver was speeding, you still turned into oncoming traffic. However, you will likely only be assigned a small percentage of the blame, such as 30 percent. The other driver’s fast speed made it more difficult for you to see him or her, so that driver will take on more of the responsibility.

What to Do After an Accident

If you’ve been in an accident, it is smart to gather your own evidence. Take pictures after the accident if you are medically able to do so. If you have been injured, assign the task to someone else, such as a witness. You can use the pictures to back up your claims of the accident.

You will also need to make a police statement. The statement will be placed into evidence. It is important that you are truthful during the statement.

The other driver will make a statement as well. If the other driver was at fault, he or she might lie to cover up the negligence. This can be frustrating, but keep in mind that the accident will be investigated. Do not get in an argument with the other driver. Instead, let the evidence speak for itself.

Have You Been Injured in an Accident?

If you’ve been injured in an automobile accident, establishing fault is only one of your concerns. You also need to care for your injuries. It is critical to go to a doctor right after the accident if you are injured. Also, be mindful of symptoms in the days following the accident. Symptoms might take days or even a week to appear and need to be addressed and treated immediately. Our New York car accident injury doctors are here to help you if you have been involved in a car accident.