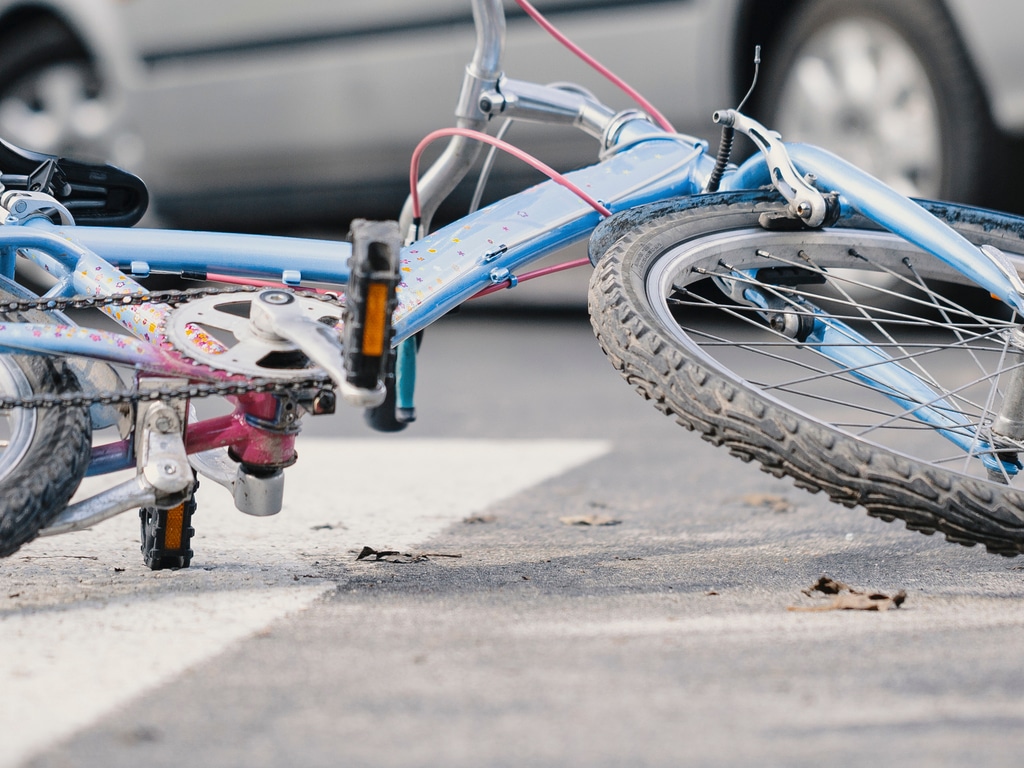 If you’re a bicyclist in New York City, you should know the dangers of riding in the city and what to do if you’re in an accident.

2019 was one of the most dangerous years on the road for New York City cyclists. More cyclists died during that year since any time before the year 2000.

A growing number of New Yorkers who take to the road on two wheels face death. As they do, city legislators are grappling with reaching their promise of zero traffic fatalities by the year 2024.

If you’re in an accident on your bicycle, you need to seek assistance. The numbers show that cycling on public roadways is dangerous for anyone.

Read on to learn more about NYC bicycle accident statistics.

The amount of people who commute by foot and bicycle is above the national average in New York City. In the year 2000, for example, 11% of NYC residents walked or biked to work. Across the nation, only 3% of commuters did the same.

Between 1996 and 2005, there were nearly 4,000 transportation-related deaths in NYC. Roughly half of those deaths occurred among pedestrians.

Close to 40% of those deaths occurred among drivers or vehicle passengers. 5% of NYC fatalities were due to motorcycle accidents, and investigators listed 2% of cycling accidents as “other.”

Among bicyclists, however, there were 225 deaths in the city. On average, 23 bicyclists died every year between 1996 and 2005. That amount equals nearly three deaths for every one million New York citizens.

The number of bicyclists who died changed each year. The change did not suggest an upward or downward trend.

In other words, the number of cyclist deaths remains relatively stable.

However, the total number of cyclist deaths that occurred in 1999 was extraordinarily higher compared to other years. Overall, cyclist deaths varied between a high of 40 in 1999 to a low of 13 in 2001.

The Bicyclist Fatalities and Serious Injuries in New York City report offers the most current data on NYC cyclist injuries.

The following are NYC cyclist deaths by year:

Although overall cyclist fatality statistics are on par with the national average in New York City, there’s a noticeable distinction when you look at where the accidents occurred. For example, more than 40% of fatal traffic crashes occurred in Brooklyn between 1996 and 2005. 24% of fatal cycling accidents took place in Manhattan during that same period.

The death rate of bicyclists in Brooklyn and Manhattan was highest among the boroughs. Officials counted the death rate at 3.3 deaths per million.

The next most lethal neighborhood for cyclists in NYC is Queens, with a 21% death rate among all incidents. The Bronx followed this Borough with 13% of cyclist deaths.

It’s important to note that cyclists ride beyond their boroughs. Because of this, the death rates in Manhattan and Brooklyn may not reflect the liability of residents in those areas.

Over the nearly 10-year period between 1996 and 2005, nine areas recorded three or more fatalities within a quarter-mile. The highest number of fatal cyclist accidents occurred in Manhattan. The next most fatal place for cyclists was Brooklyn.

Eastside Manhattan, Park Slope in Brooklyn, and Hunts Point in the Bronx recorded the three densest clusters of fatal cyclist accidents. Among New York’s 59 boroughs, the highest number of fatalities was in Greenpoint/Williamsburg, East New York, Bensonhurst, and Brooklyn.

A little over 41% of cyclist deaths occurred on local streets. 7% of fatal bicycle accidents happened on a limited-access highway.

The law forbids bicyclists from accessing limited-access roadways. For instance, bicyclists are not allowed to ride on the Cross Bronx or Long Island Expressways.

The following are deaths by percentage in per million residents Borough from 1996 to 2005: 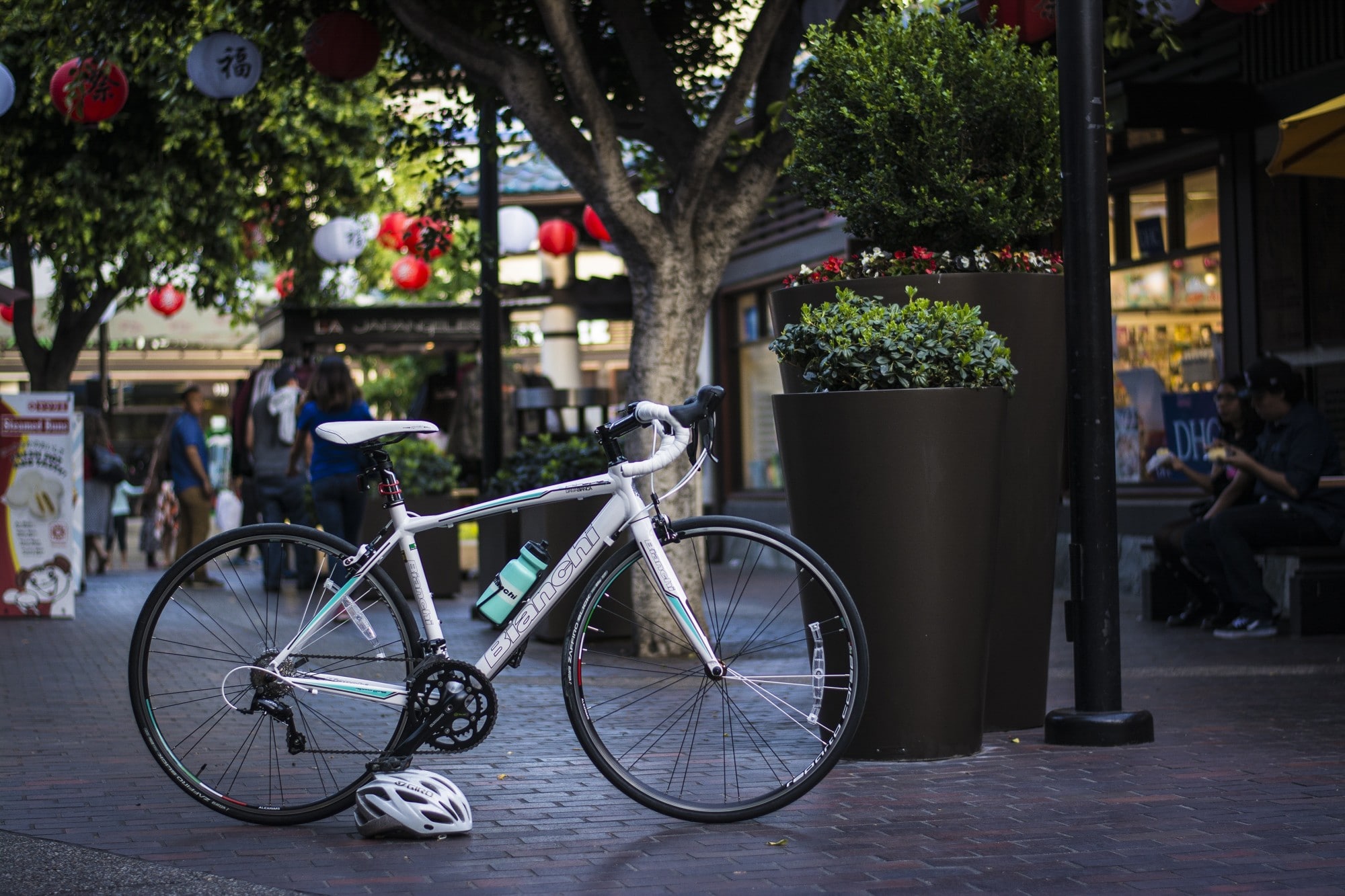 Nearly all of the victims involved in fatal cycling accidents were male. For instance, 91% of accidents where victims died between 1996 and 2005 were male. This percentage amounted to 199 men.

Also, male bike fatalities were common across all age groups. Among 45 to 54-year-old victims, men had the highest death rate.

This trend remains the same across the United States. Across the nation, officials record 89% of bicycle fatalities as involving male victims.

There’s little data about the gender of cyclists across the nation. However, a study conducted in the year 2000 by the Department of Transportation estimates that 61% of cyclists are male.

Also, over 90% of those accidents involve a collision with a moving motor vehicle. Under 10% of cycling, accidents were non-traffic deaths.

Among non-traffic deaths, the age of the victims was between 13 to 75 years old. The average age of victims in non-traffic casualties was 41 years old.

Among NYC cyclists killed, only 14 were incidents that involved only a bicycle. Four of those deaths took place after a cyclist crashed into a parked motor vehicle. Three of those vehicles were unoccupied by a driver.

These non-traffic deaths happened across New York City, but most happen in Manhattan. Sixteen occurred on the streets and the other two occurred in a park and a bicycle path.

The following are bicyclists deaths by age per million residents:

When cyclist fatalities occur, investigators from the NYC Police Department try to gather statements from first responders and witnesses. This information helps them to determine how a cyclist died.

In 14% of cyclist deaths, investigators could not determine the injury that caused the fatality. They did, however, establish the cause of death for 177 accidents. This number accounted for 86% of cyclist deaths.

Nearly half of cyclist deaths were head-only injuries. Also, almost half of all fatal bicyclist accidents involved combined head and body injuries. 50% of riders died from injuries to other parts of their body.

In the earlier years when statistics are available, between 1996 and 2005, investigators didn’t pay attention to whether a cyclist was wearing a helmet. Resultantly, this information is missing from many early reports.

Out of 122 fatal cycling accidents, investigators determined whether riders were wearing helmets. This number accounted for 59% of all accidents.

Investigators did not collect helmet information for 85 accidents. These incidents accounted for 41% of all accidents. Among all cycling accident fatalities, 97% of the victims were not wearing helmets.

Only four cyclists who were wearing helmets died during an accident. These individuals accounted for 3% of cycling fatalities.

In NYC, children under the age of 14 must wear a helmet when they ride a bicycle, according to city law. Among children, all children who are not wearing a helmet died.

Teens who ride bicycles in New York City face heightened risk. A survey shows that only 3% of teens wear helmets when riding bikes in the city. The New York City High School Youth Risk Behavior Survey reveals that among 33 respondents, one wore a helmet while the remaining teens did not.

The following are NYC bicycling accident injury types from 1996 to 2005 by injury type, victim count, and percent:

Accidents Aren’t Increasing, but Deaths Are

In New York City, eight cyclists died in accidents between June and August of 2019. In total, nearly 20 people died that year.

An NPR story reveals that 49-year-old Jennie Jo Marine is a native of New York City. For the last 20 years, she’s worked as a bicycle messenger. During that time, she’s lost count of her cycling accidents.

She recalls flying on windshields and getting sucked under vehicles. Most frequently, she expresses, she gets “doored.”

That’s when a cyclist rides into a quickly opened car door or a door that a driver leaves open. During her last dooring, she injured her shoulder and broke her collarbone.

Despite these injuries, Marine says she’s lucky. She escaped these accidents with her life.

Because of this, she expresses that many of her friends don’t want to ride. Despite this, they love cycling.

Across the United States, bicycling deaths are increasing. Meanwhile, the number of fatal cyclist accidents continues to fluctuate with no apparent reason in New York City.

Because of these deaths, city legislators have launched an ambitious plan to eliminate all traffic deaths by the year 2024. Lawmakers call the program Vision Zero. Cyclists and cycling advocates, however, wonder whether Vision Zero is making a difference.

In 2014, the then Mayor – Bill de Blasio – made NYC the first city to enact Vision Zero. Since then, motor vehicle fatalities have decreased steadily.

However, bicyclists have not enjoyed the same promising results. Cyclists are still dying on NYC roadways, despite the construction of over 300 miles of dedicated bike lanes.

Researchers suggest that the city needs to complete its bike lane network. A bike network that’s separate from vehicular traffic as possible will reduce bicyclist fatalities in the city.

I’ve Been Hit, Now What?

If you’re hit by a car when cycling, the first thing you should do is check yourself for injuries. Next, you should call an attorney. An attorney can help you give an accurate account of the accident to investigators.

If you can, use your phone to take pictures of the accident scene. However, you should avoid movement if you’re hurt.

Many cyclists fail to seek legal counsel after getting struck by a motor vehicle. Some people feel too guilty to call a lawyer. However, this can prove a costly mistake, even if you’re the victim.

Access to legal counsel is not a privilege. It’s your right. Your counselor can inform you of your rights and ensure that you receive a speedy and fair trial.

Also, it’s vital to contact a lawyer in case the other party in the accident decides to do the same. If the driver of the vehicle hires a lawyer and you don’t – you can find yourself in court on unequal footing.

By having a counselor on your side during court, you can ease some of the anxiety you may feel during the proceedings. A lawyer is especially helpful if it’s your first time getting involved in an accident.

You Deserve Compensation If You’re Hurt

NYC bicycle accident statistics show how dangerous the roads are for passionate riders. If you’re an NYC cyclist and a vehicle hits you, or you are otherwise involved in an accident, you can increase your chances of showing the court that the incident wasn’t your fault by hiring an attorney. An attorney can help you collect evidence to prepare for your case.

In court, it’s your job to support your innocence. A lawyer can help you do that. Accordingly, you should consult with an attorney immediately after an accident.

If you later require medical assistance or you have trouble with insurance, you’ll want the advice of an experienced attorney. At the very least, contact a lawyer if you think the case will go to trial.